This session of the Gre

Throughout this period, the school was chaired by the late Prof. Greta Pifat-Mrzljak, an eminent Croatian biophysicist, recipient of the American Biophysical Society’s Emily M. Gray Award, and member of the International Union for Pure and Applied Biophysics (IUPAB) Council.

It is widely agreed that a regular school of biophysics for young scientists within Europe is still needed. Continuing this series formerly organized by Prof. Pifat-Mrzljak is a perfect solution.

Therefore, the Croatian Biophysical Society and Ruđer Bošković Institute have committed their resources in order to assure the future of the school. Our intention is to keep the school as one of the focal events for European students and young scientists and to provide these young people with advanced training at the doctoral and postdoctoral levels in the field of biophysics. Indeed, previous sessions of the school have already benefitted hundreds of young scientists throughout Europe and other parts of the globe. With the passage of years, some of them have become lecturers at the school themselves.

The lecturers at the International School of Biophysics have always included highly prominent figures in this area of research, which spans the borders dividing biology, chemistry and physics. The prospect of top senior scientists interacting with enthusiastic young scientists, some of whom will ultimately go on to work in these quickly changing and challenging areas of biophysics, is nearly unique in the world. The interfaces of the traditional disciplines are being broken down within biophysics. Teaching dozens of young and inquisitive minds is a thrilling experience, enhanced by the environment of the past sessions.

An enormous amount of new knowledge on the molecular basis of various biological phenomena has emerged in the rapidly expanding field of bioscience. The principles and methods of biophysics provide the underpinning for all basic bioscience and a rational language for discussion among scientists of different disciplines. This was the general philosophy behind the organization of the summer school of the Croatian Biophysical Society (CBS) and the Ruđer Bošković Institute.

The structure of the school established from the very beginning, incorporating lectures, seminars and round-tables, with emphasis on discussion, has shown to be successful and was later accompanied by posters (table 1). From then on, a two-week course was regularly held every third year as a permanent activity of the CBS and RBI.

One week of the core curriculum, with basic biophysical knowledge presented by prominent lecturers, is followed by the second week, devoted to topics specific to each session. The particular scope of the school has enabled the participants to become acquainted with state-of-art problem-oriented and/or methodology-oriented approaches to biological systems. Major topics are presented in a series of lectures, which include inter- and intra- molecular interactions in biological systems; the structure, organization and function of biological macromolecules (proteins, nucleic acids, lipids, sugars) and supramolecular assemblies (membranes, ribosomes, etc.); major techniques in biophysics (X-ray crystallography, NMR, EPR, FTIR, fluorescence, mass spectrometry, microscopic techniques, etc.) and the evolutionary implications of molecular interactions, as well as molecular biology and biotechnology.

There are a few facts paramount to the scientific success and continuity of the International Summer School of Biophysics. The scientific interaction of the participants among themselves or with the lecturers has always been extremely fruitful and active, often followed by future cooperation. Last but not least, the social contacts among the participants and the lecturers, as well as the contacts with the host Croatian culture, have proven that communication among scientists can be of mutual interest and of interest to Croatia.

To maintain the peripatetic character of the Greta Pifat-Mrzljak International Summer School of Biophysics, the number of students has been limited to 100. They come from all over the world, from Nigeria to Estonia, Cuba to Taiwan, participating very actively in discussions during or after the lectures, at poster sessions, in school discussion clubs or even on the beaches. About 30 prominent lecturers give two to three lectures each per session (table2).

Upon nomination by the Croatian Biophysical Society, the EBSA Young Investigators’ Medal and Prize was Awarded at the 10th EBSA Congress to dr. Iva Tolić, Ruđer Bošković Institute. 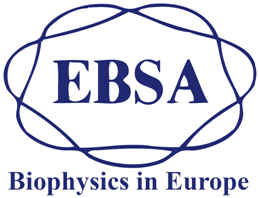